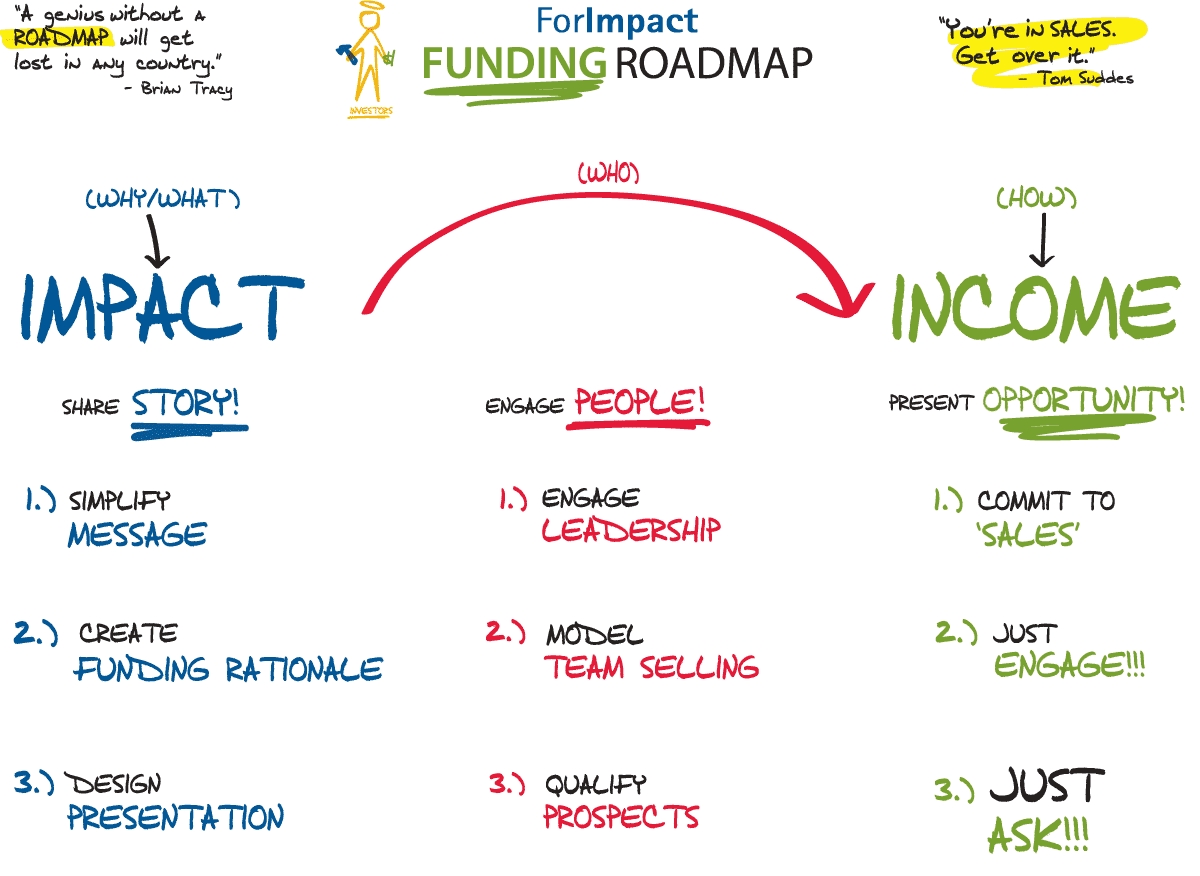 One simple way to gain FOCUS is to look at EVERYTHING you’re doing and decide:

The goal is to ONLY DO WHAT ONLY YOU CAN DO.

For the best example of this concept in action, read Michael Gelb’s INNOVATE LIKE EDISON. (Wonderful book — one of my favorite authors.), In essence, Edison believed his ‘job’ was to THINK and CREATE. He brought on hundreds of super-talented people to help EXECUTE. This book also reinforces that EVERYTHING’S A PROJECT! And, every project has a TEAM, LEADER, etc.

Sounds simple, but always hard to figure out WHAT (to delegate) and to WHOM. What could you DELEGATE immediately that would free you up to ONLY DO WHAT ONLY YOU CAN DO.

“One of the best bits of advice I can give other leaders is to try to put yourself out of business. Try to find people to take over 99% of what you do, which will then free you up to THINK about the bigger picture.”

Jim Collins uses this same mindset, hiring a bunch of the ‘best and brightest’ to help him research and analyze his concepts.

Small example: 2013 marks the 30th Anniversary of The Suddes Group. In all those years, I can probably count the number of checks I’ve written on one hand. I hate accounting, accounts payable, accounts receivable. I’m no good with money. (It just doesn’t mean that much to me.) So… there’s always been somebody to take care of this.

My company role is to to think and make rain … to generate revenue through IMPACT and VALUE.

Stephen Covey created his brilliant ‘Quadrants’ and made Quadrant IV (“Not Important. Not Urgent.”) all about DUMP.

Here’s another way to look at ‘DUMP’:

He goes on to say that, “Absent a major peace negotiation, complicated merger or complex legal settlement, there’s no reason on earth to have a meeting last more 30 MINUTES.”

After 35 years in the ‘business world,’ I never want to attend another meeting in my life. I believe this is also true of every other meeting ‘attendee’ (excluding the ‘meeting planner’ or ‘boss’ who is holding the meeting.)

I wish I had a magic alternative. I’d love to see more ‘GATHERINGS’ of the right people at the right time on the right subject… to brainstorm or reevaluate or correct the course. (Imagine what life would be like without ‘meetings,’ but where you ‘GATHERED’ together in a fun, productive session with real results.)

A meeting, by the way, is not a place to INFORM! If you want to share information, write it down and get it out in a one-pager.

If you’re going to ‘gather’ for actionable results, then people need to be engaged and involved in the session … not listening to one person ramble with no purpose. ocument I’d love to see more opportunities for ‘CELEBRATIONS’ of accomplishments and success (rather than just ‘talking’ about what we’re going to do).

P.S. If you really, really want a PRODUCTIVE session, either STAND or go for a WALK!

Make this a big part of your TEAM CULTURE. A BIG, BIG part of the culture.

Everyone on the team needs to either ACT or ASK!

If they know what to do, DO IT.

If they think they know what to do, DO IT.

If they aren’t clear, then ASK … and then DO IT.

Here’s a very simple way to get stuff done: Make EVERYTHING A PROJECT!

This simple concept, guiding principle if you will, is for anybody who is trying to achieve a goal, make a quantum leap or change the world.

This idea has been developed over the last 15 to 20 years within our company and with our clients. It drives everything we do.

Here are the 8 steps of every PROJECT.

We must hear this comment three to ten times a day: “We love your stuff. We need your help (with our Board, with Training, with Coaching). BUT WE DON’T HAVE ANY MONEY IN THE BUDGET.”

The following thoughts on Elite Teams will help you re-think the whole idea of training, budgets, team dynamics, priorities and more.

Military teams constantly practice, practice, practice in boot camp, training camps, simulations, etc. Up until 10 years ago, the idea was to practice … in the hope that you’d never have to play. The U.S. has now been engaged in the real stuff for over 10 years … which makes the whole idea of practice here in the States even more important.

Professional sports teams probably spend 3 to 10 times more of their time practicing than they do actually playing the game. Think spring training, training camps and exhibition seasons … training, practices and workouts during the season.

Same with professional musicians. Symphonies and orchestras spend tons of time in practice … as well as practicing individually on their respective instruments. (Same is true of all artists and actors in theaters, opera, movies, etc.)

In medicine, doctors and nurses spend a huge amount of time in practice, beginning with their medical schools and nursing schools through residency and internships, etc. Then, they practice and rehearse how to handle surgery or major trauma.

What is the ONE THING that we DO NOT DO in the not-for-profit/For Impact world?

We don’t take any time to get together as a team. We hate role-playing. We ‘wing it’ every time we do go out and make visits (which is not very often).

Bottom Line: If you really want to have an Elite Team at your For Impact organization … you need to commit to PRACTICE! Call it training, continuing education, whatever.

I also firmly believe that this applies to your Blue Team (your IMPACT Team) as well as your Green Team (your INCOME Team).

I’ve been doing this kind of practice training with teams for over 30 years. I absolutely guarantee you that the ROI is a ridiculous 10 to 100 times! I can actually give you cases where it’s been a 1,000 times ROI within 24 to 48 hours!! (No kidding. Multiple cases!)