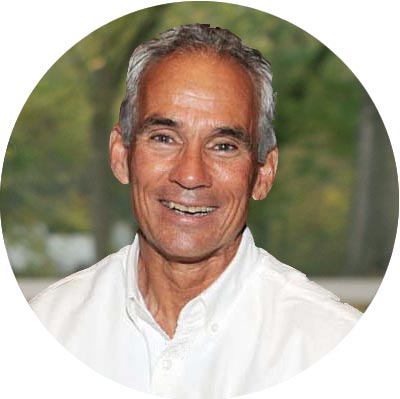 Tom Suddes has made a name for himself as a thought leader, a motivating coach, a master facilitator & trainer, an engaging speaker and a prolific writer. Tom has almost 40 years of experience in Strategic Visioning, Fund Development, Business and Entrepreneurship.

He began his career in the Development Office at the University of Notre Dame in 1973. In 1983, he founded The Suddes Group, which has managed over 400 Campaigns, raised over $1 Billion and helped generate 3 million new jobs in their work with 125 Economic Development Organizations around the country.

And, in the last 10 years, the For Impact Partners and Coaches have helped organizations raise another $1 Billion to scale and grow their Impact.

Tom has made more than 6,000 one-on-one ‘sales’ presentations… and has trained thousands of 3rd Sector and Business Leaders in the art and science of becoming a For Impact Organization. He is the author of Take A Quantum Leap, a number of For Impact Guides, and co-author with Nick Fellers of the content at ForImpact.org.

A serial entrepreneur since age 16, Tom has founded 19 businesses; and now dedicates one-third of his ‘work’ schedule to helping social entrepreneurs change the world. He also spends significant time in Ireland helping to transform the country’s philanthropic model.

In 1997, Tom won a Trip Around the World (the only contest he has ever entered) where Success Magazine and Opportunity International awarded him a chance to share his entrepreneurial experiences with Third-World Micro Entrepreneurs in Russia, Poland, India, Bangladesh, the Philippines and Australia.

Tom served in the U.S. Army as an Infantry Officer, Airborne and Pathfinder. He was a two-time welterweight boxing champion at Notre Dame, and has been the boxing coach there for almost 40 years. He returns every year for a six-week ‘mini-sabbatical’ to coach and referee the Bengal Bouts. He is the Executive Producer of STRONG BODIES FIGHT, a documentary film about Notre Dame Boxing and its impact upon the Missions in Bangladesh.

Tom recently competed in the Masters Division of the Ringside Boxing World Championship and won the title in his age and weight class.

Throughout his crazy, eclectic, eccentric life, Tom has been anchored by his family. Now, his seven grandchildren are the centerpiece of life on his 50-acre farm/training center, Eagle Creek, outside of Columbus, Ohio.