This is the lead of a cover story in the Money Section of USA Today last Wednesday, October 28th.

The second sentence says, “This could be 2010’s most powerful marketing mantra.”

Duh? You think? Simple is better? No kidding!

“2010 marketing will increasingly stress LESS AS MORE… as in fewer parts, additives or ingredients.”

The entire article really centers on the idea of offering products with the “fewest number of ingredients”.

I don’t know why this hit me so hard, but it just reinforces the whole concept of BUILD SIMPLE!

I came across Gall’s Law on simplicity this AM. 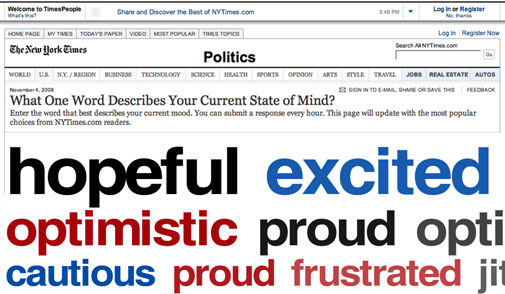 Check out this tool at nytimes.com. Choose one word (not six) to describe your feeling. 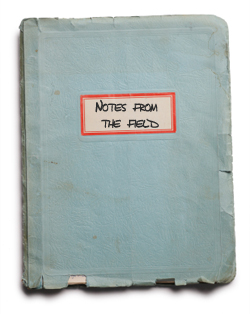 I just spent 48 hours with two incredible (but so different!) For Impact Organizations.

Here are the 3 big lessons on SIMPLICITY that were reaffirmed in so many ways.

1. Build a SIMPLE MESSAGE… around your CORE SOLUTION.

2. Build a SIMPLE CASE… around your SIMPLE MATH.

3. Build a SIMPLE PLAN… around your CASE and MATH.

The SIMPLE CASE and SIMPLE MATH applied to both organizations. Turn a ‘Master Plan’ into a very Simple 3-Point Case with 3 Specific Phases. Look at the ‘MATH’ and pick a number ($100M in this case) and the required gifts to achieve this goal. Use the MATH of $13 a day per child from the public sector and the $10 per day per child ‘Need’/’GAP’ to build a SPONSOR MODEL around $3,650 per year (sponsors a child) and $10,000 a year (sponsors a family).

Finally, turn the Message, the Case, and the Math into a SIMPLE ACTIONABLE PLAN! We’re going out to test the Case with five or six of our very best prospect. We’re going to get 3 champions to get 3 other sponsors who will get 3 sponsors. We’re going to meet with the Mayor who is one of our current partners and super champions. And on and on and on.

AUTHENTICITY is one of the centerpieces of our FRAMEWORK for PRESENTATIONS.

As Nick is always telling our workshop and training participants, “You just can’t go wrong if you are AUTHENTIC (REAL).”

The people you’re with know right away whether you’re “selling snake oil” or SINCERELY PRESENTING AN OPPORTUNITY that has VALUE to both the GIVER and the RECEIVER!

I read somewhere 25 years ago (I think it might have been Dennis Waitley) that the word SINCERE means ” without wax” ( Latin sine = “without”, cera = “wax”) . It had something to do with marble and sculptors and the way they would “fix” any flaws or mistakes that they made by filling in the mistake with wax.