Make Everything A DRAFT

Here’s a pretty powerful idea that even Nick and I don’t fully always appreciate:

MAKE EVERYTHING A ‘DRAFT’.

We put… and leave… the word ‘DRAFT’ on just about everything we do, for all kinds of reasons:

P.S. People actually say, "I love that this is a draft."

P.S. The answer was pretty obvious!

The idea, nugget, lesson for this week:

MAKE EVERYTHING A ‘DRAFT‘!!!

Turn A Presentation Into A Conversation

Nick just shared with you some pretty interesting stuff from his sessions with Tim out in the Northwest.

One really powerful word that struck me was ‘CONVERSATION’.

Tim indicated that Nick helped him see that this was much more about a ‘CONVERSATION’ than a ‘scripted presentation’. I love this because:

Quick thanks to Nick and Tim for helping with a different view of PRESENTATION… CONVERSATION… and RELATIONSHIPS.

Just as Walt Disney did, it’s important for you to create visuals to illustrate your story (whether it is about a cartoon mouse or your operational budget).

I’ve pulled nine visuals from various presentation tools that were developed at or following training camps. These are intended to be used to create dialogue on a visit. They are not intended to be ‘stand alone’ marketing pictures. YOU add the context.

Special note: I could write three pages about each visual. Put differently, each visual summarizes three pages… that’s the point. Use these visuals for inspiration and don’t worry about complete comprehension. 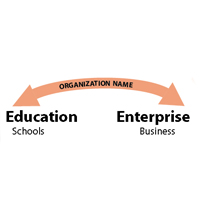 “Our Service Model”
Help me understand WHAT your organization does: simply. This (national) organization connects enterprise with education. 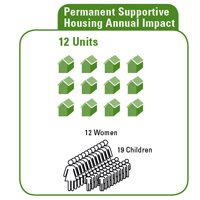 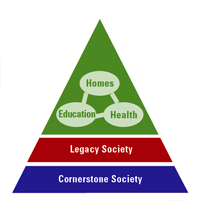 “Our Funding Model”
Only three pieces: 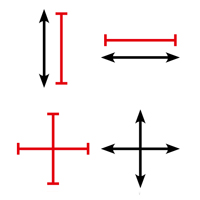 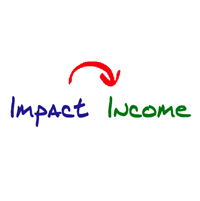 “A For Impact Mantra”
Your ability to communicate your impact determines your income. 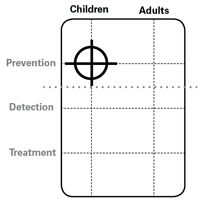 “Our Focus”
We are the only organization focused exclusively on cancer prevention for kids. 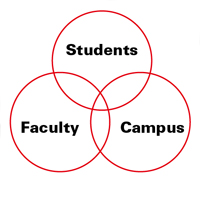 “Where Does the Money Go?”
School: Three funding priorities 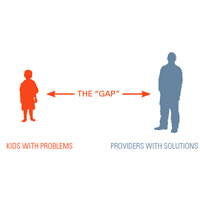 “The Gap”
“We make connections” 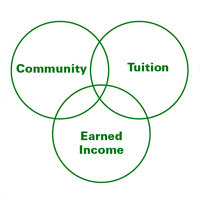 Bankers Do Not Have Any Imagination, None At All

Walt Disney was sending his brother Roy to meet with bankers in New York. He was going to pitch a new concept: Disneyland. At the time, Disney had cartoons but no theme parks.

As the story is told, he called in a young imaginer. To him he said,
“You know bankers don’t have any imagination, none at all. You have to show them what you’re going to do.” He then asked the imagineer to help him create a mock-up of Disneyland on a large storyboard. It was a splendid painting that even included black light paint so that you could see what Disneyland would look like at night.

This story comes from Walt Disney Imagineering: A Behind-the-Dreams Look at Making the Magic Real. The book includes pictures of the storyboard (pretty cool).

The Power of Engagement Tools

This is a really BIG DEAL to US and to EVERYONE we’ve trained.

IF you’re out making VISITS and PRESENTING THE OPPORTUNITY (which all of you should be), you need a SIMPLE… POWERFUL… ENGAGING…
ENGAGEMENT TOOL!

You don’t have one now.

This is not about PowerPoints, Campaign Brochures, 3-Ring Binders, or ‘stuff’ from National’s Communication/Marketing Department.

It’s about TOOLS you can use to Present the Opportunity ‘shoulder-to-shoulder.’

As Tim Allen of Tool Time says, “The RIGHT TOOL for the RIGHT JOB.”

Nick and I organize our ENGAGEMENT TOOLS around these three things:

You can download an EXAMPLE of each one of these.

The Only Presentation Tool You Need

Simplify your message so that it fits on a napkin.

It’s not easy. In fact, it’s really hard to simplify your message/model/meaning on a back of a napkin. However, I believe that your ability to engage someone with what you do, why and how is proportional to how clearly and cleanly you can communicate your message.

This is a really big deal. When sitting down with someone new they should ‘get it’ in a matter of seconds. Too often we overwhelm people with powerpoints, three-ring binders, slick brochures … don’t do it.

I’ve made many ‘million dollar calls’ using ONLY a napkin. I believe it is the BEST and ONLY presentation tool you need.

Just for kicks … see if you can identify these industry changing businesses from the napkins below (click to enlarge). I will buy a subscription to Fast Company for anyone that gets all four. E-Mail with your answers or your own napkin (I’m happy to respond … add thoughts, etc.)

(from the) Bucket to the Bank

While working with the SALES TEAM at Colorado College last week, one of their bright, young superstars, Robb Pike, came up with a great ‘CATCHPHRASE’ for moving from
‘IN PLAY’ to actually getting the AREA OF INTEREST and DOLLAR AMOUNT ON THE TABLE.

He called it ‘DOLLARS IN THE BUCKET’.

[Getting the AREA OF INTEREST is the BUCKET; the DOLLARS reflect a realistic investment amount.]

Then, it was pretty easy for us to move from:

Here’s my SIMPLE 1, 2, 3 for moving prospects at the top of your MASTER PROSPECT LIST to a COMMITMENT … AT THIS GIVEN MOMENT!